I’m sure you’ve never thought much of the leftover cooking liquid from beans or the brine from canned legumes. Maybe you even throw it out. But what if I told you that that cloudy liquid can make vegan Cool Whip as well as tasty treats? I’m going to show you just how easy it is to make aquafaba whipped cream, which you can then use to make melt-in-your-mouth goodness like aquafaba meringue cookies.

Aquafaba whipped cream is the perfect topping for a favorite piece of pie, a homemade latte or hot chocolate, or even a yummy bowl of tasty fruit. Because it’s is very close in consistency to egg whites and contains similar proteins and starches to the ones found in eggs, aquafaba is the perfect egg replacement for vegans.

WHY WE LOVE THIS RECIPE

Add the water from chickpeas into a mixing bowl.

Next, add the cream of tartar. Using a stand or hand mixer, whisk on medium speed until it gets a little bit foamy.

Once the mixture gets frothy, increase the speed to high and whisk for 3 to 4 minutes until stiff peaks start to form.

Add the powdered sugar and vanilla extract to the mixing bowl.

Next, whisk on high speed for 9 minutes. The mixture looks like whipped cream after just 5 minutes of whipping, but it will not hold its form for very long. Therefore, make sure you whip for the full 9 minutes.

The cream may initially turn brown because of the vanilla extract. However, as you continue to whip it, it will turn white again.

Spoon the aquafaba whipped cream over a bowl of fresh berries or on top of a brownie.

If you’re feeling inspired, you can go ahead and make tasty vegan desserts, like aquafaba meringue cookies.

What is aquafaba made of?

The name simply means “bean water” (aqua means water and faba means beans). It refers to the starchy liquid that is drained from cooked pulses, but most commonly chickpeas.

Is aquafaba only from chickpeas?

Aquafaba made from chickpeas is often the preferred choice because it’s usually fairly clear in color with a neutral flavor. However, you can technically use any bean broth, though taste and color may vary.

Yes, it is. Aquafaba can be made with just about any bean. Butter bean liquid is another popular choice because it whips up nicely to make aquafaba meringue or whipped cream.

Tried this recipe? Please leave a star ⭐️⭐️⭐️⭐️⭐️ rating below and/or a review in the comments section further down the page. You can also stay in touch with us through social media by following us on Instagram, Pinterest, and Facebook!

A vegan whipped cream that is light and fluffy and perfect for fruit and topping anything and everything.

Reserve the liquid from several cans of unsalted chickpeas. Pour ¾ cup of the chickpea liquid into a large mixing bowl. Using a mixer, beat on medium speed until it gets foamy. Add the cream of tartar. Increase the speed to high and beat for three to four minutes.

Once stiff peaks form, add the powdered sugar and vanilla extract. Beat on high for six to nine more minutes, until light and fluffy. If adding the optional oil, add and beat for ONLY 7 more seconds. If you beat the mixture any longer after adding the oil it will not retain the fluffy texture.

Use the whipped cream right away or freeze any leftover aquafaba whipped cream. Stored in an airtight container, the aquafaba will keep up to one month in the freezer. Let stand at room temperature for 10 minutes before using.

TRY THESE LEGUME RECIPES NEXT:

« Vegan Gluten-Free Chocolate Chip Cookies as Good as Mom’s
Should I Hire A Personal Chef? We’ve Got The Answer » 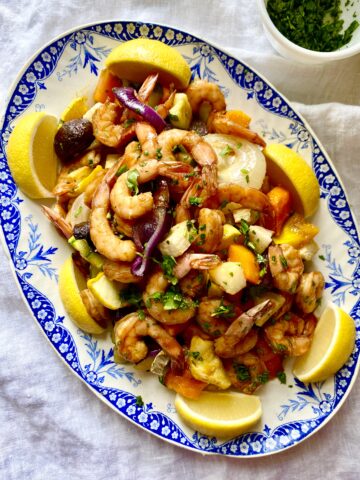 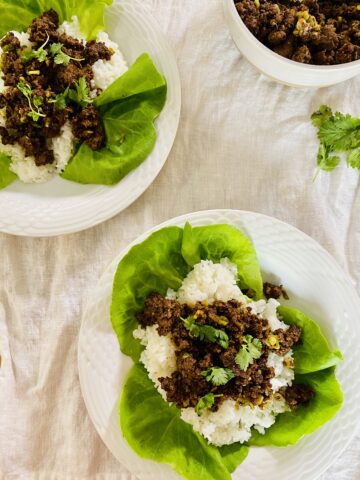